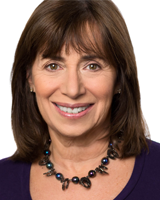 May 15, 2017 – How Conflict Avoidance Inhibits Differentiation

In this call Debbie wants to learn more about working effectively with a couple’s dynamics around truth-telling and lie-inviting behavior. Ellyn highlights subtle interactions in the transcript and explains how to work more completely with the couple on these issues.

Both partners operate from a symbiotic position. Bob is unable to say what he wants. He has never felt safe relying on people. Kelsey has a solid background of conflict avoidance. Together they are unable to craft a vision of what they want to create in their relationship.

Using the “Ineffective Behaviors” handout, both partners describe hostile patterns in their relationship but this is not how they come across in therapy. It may be that they are so sensitive to conflict any negativity feels huge.

Bob creates useful goals for early differentiation – being patient, taking time to think, and listening more. Debbie can build on these goals and push his development by asking what the positive outcome is for him in doing these things.

Kelsey has a pattern of over-functioning. She doesn’t allow her own desires to play enough of a role and ends up in a resentful compliant position. Without strengthening her ability to self-define, the same patterns will keep emerging. She is waiting for Bob to change and her awareness is low of how her perfectionism keeps the dynamic with Bob going. Questions to increase Kelsey’s awareness include:

Kelsey asks Bob “When we are at the cabin this weekend can we agree that you will treat the people I love with love and respect?” This is a good example of a transaction that is not straightforward. Bob cannot know what treating people with love and respect would be like to her. It would be clearer if she could spell out what she’d like him to do.

Bob responds, “Don’t I always?” This is an opportunity to find out if he’s ready for a real answer. If he is Kelsey can be more direct with him. Debbie can say, “That’s a great question. Are you ok if Kelsey tells you if she thinks you are or not?” If he says yes then Debbie can see if Kelsey will come forward and be direct with him.

Kelsey says, “I don’t think when you take extreme positions that you do [treat the people I love with love and respect].” This is subtle passive aggressiveness. She is not saying directly that she doesn’t want him getting into altercations where he takes an extreme stance. Kelsey says that an issue between Bob and her sister is not resolved for her sister. Debbie encourages Kelsey to speak from her own experiences. It would be more direct for Kelsey to say, “It’s not resolved for me yet.” Her symbiotic unspoken wish is for Bob to do something to make it nice again without having to say what she wants.

When they were house hunting if Kelsey was more solid in her ability to bring something up she would have said, “The plumber said x. You’re responding y. I’m uncomfortable. Can we deal with it?” Instead she waits to bring it up in session and then can’t say it to him so we can see how hard these tense moments are for her.

Debbie can tie in each partner’s goals as she prepares them for the Initiator-Inquirer. Bob is going to be the Inquirer. As he works on not getting defensive it will create more space for Kelsey to come out of her conflict avoidant shell. Debbie can get clarity on Kelsey’s initiation by asking, “Will you summarize what the issue is for you and why you want to bring it up?” The way Bob expresses his feelings is hard for her and she wants him to shut down. This is what keeps their dynamic going. Kelsey says when Bob expresses his feelings she is left dealing with the problem. In essence she’s saying she has to be the responsible adult while Bob gets to act like a child. This is the heart of her dilemma and is how she organises herself in the world. A part of her thinks that’s the way she is supposed to be but another part of her does not want that caretaking role.

Debbie’s aim is to push them farther in the room than they can go at home. Kelsey’s goal is to express something she wants without doing it in a perfectionist way so she’s going to need repeated moments of taking a risk to be direct and define herself actively in the world without being critical. When they get off track Debbie can say, “Can you summarize what the issue is you want to bring up and why it’s important to you?”

Bob asks a self-referencing question. He is not keyed into what Kelsey is initiating on and is feeling blamed. This lets Kelsey off the hook of self defining.

Ellyn reframed the struggle Debbie is experiencing by explaining that she is up against Kelsey’s developmental edge. Debbie’s job is to help Kelsey know that it’s ok to define her hopes, wishes, thoughts and desires and to say them out loud.

Kelsey doesn’t know how to speak to Bob directly without being critical. Debbie can say, “One of the reasons he feels criticised and boxed in is you are a little critical with him because you don’t give yourself permission to say what you’d like. It’s hard for you to be direct with him and he picks it up.” This is a deeply embedded pattern with her and she will need Debbie’s coaching. It is important to get a good initiation right from the start. Ellyn demonstrates:

E: So Kelsey, it sounds like you want to talk about the incident with the plumber. Is that right?

E: As you bring up the incident with the plumber will you tell Bob what the problem is from your perspective?

K: Well you just kept going on as if we were going to buy the house when he had just identified a huge problem.

K: What made it hard for me was when you were going along with the negotiations when I was not wanting to buy it because there was a big problem with the plumbing potentially.

E: So what I hear is you were not wanting to buy the house and it was hard for you to say to Bob “Hey, how come you’re going on when I don’t even want to buy this house?”

E: So could you say to Bob right now, “Hey Bob, when I’m in a different spot than you it’s really hard for me to tell you that directly.”

K: It’s hard for me because I didn’t want to go on with that purchase and it bothered me that you kept going on as if it was ok with me when it wasn’t.

E: So Kelsey, I’m going to seem like I’m the grammar police for a minute but it’s so easy for you to talk about Bob and what I see is it’s so hard for you to say to Bob and to really let yourself feel it, “I don’t know how to be direct with you when I want something different than what you want.”

Debbie can prepare Kelsey to make a good initiation. “We’ve been through it enough times that one of the things I’ve learned about you is how hard it is for you to make a direct statement about what you’re thinking, feeling and desiring. So when you’re initiating I’m going to be really sure that we don’t go past that until you’ve actually said it.”

Ellyn explains, “The art of the Initiator-Inquirer and the reason it’s more complicated than it looks on the surface is there are always choice points. When you can use the partner to reinforce or develop what’s missing in the other one then you’re able to work with both people at the same time. However you can’t always do that. There can be sessions where I have to make that choice ten times. You might be able to feed the Inquirer non-personal questions to ask the Initiator but they might get bogged down and you have to choose which one of them to focus on. If you focus on both of them then you don’t make your work as solid as it can be. In a good relationship when people can stay out of each other’s issues they push each other’s growth all the time. When they get caught in each other’s defences and projections they get bogged down in the same negative patterns over and over again. Long-term, we are offering people who can do it a way that is going to be with them for a lifetime.”